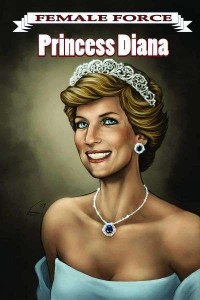 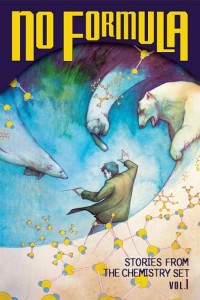 No Formula : Stories From The Chemistry Set (2008)
Haunting. Humorous. Harrowing. Those are just some of the words to describe the short stories compiled in this inaugural collection from the international comics collective the Chemistry Set. Founded in 2006, the Chemistry Set has served as the breeding ground for tomorrow’s comic all-stars and includes three Xeric Award winners. Combining talents from America, Australia, Europe and Asia, their chemistry together is seen in stories that range from the heartfelt to the horrifying, from the mythological to the macabre.
Cover Artist: Hyeondo Park
Interior Artist: Jessica Hickman (for “Snowblind”)
Published by Desperado Publishing 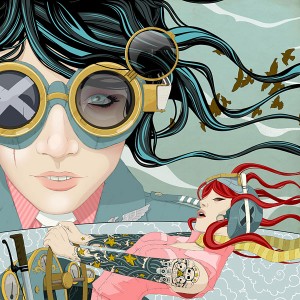 Comic Book Tattoo: Tales Inspired by Tori Amos (2008)
Over 80 of the best creators from every style and genre have contributed over 50 stories to this anthology featuring tales inspired by the songs of multi-platinum recording artist, Tori Amos! Featuring an introduction by Neil Gaiman and an extensive roster of talent, Comic Book Tattoo encapsulates the breadth, depth, and beauty of modern comics in this coffee table format book.
Cover Artist: Jason Levesque
Interior Artist: Star St. Germain (for “Glory of the 80s”)
Published by Image Comics

One Way Ticket (2007)
Down and out after an accident with his guitar that promises to ruin his band’s chances, a young man named Sully runs head-long into fate and discovers the guitar of his dreams… or is it his nightmares? With this mystical guitar in hand, he propels himself and his dead-end garage band on a fast train to stardom. But on that road to success lies the tragedies of broken friendships with his band and broken hearts with his hometown sweetheart. Is the root to all his success in him or in this fated guitar? Will he forsake his friends and family to live his boyhood dream? 1 Way Ticket is the over-the-top influence of rock music and the kinetic energy of a haunted guitar, and it’s a volatile mix. 1 Way Ticket is about the temptations of taking shortcuts in life, and to the true measure of friendship.
Artist: Daniel Warner
Published online by The Chemistry Set (defunct) 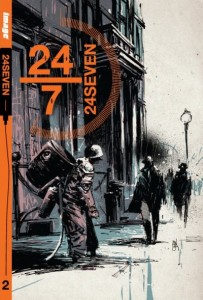 24Seven Vol. 2 (2007)
24seven features a who’s who of today’s best writers and artists from comics, film and animation, telling tales of robots in the city that never sleeps. Following in the tradition of the acclaimed 24seven Volume 1, this second volume’s stories run a cross-genre gamut, from crisis in space to bank robberies to gambling robot dogs. 24seven has romance, action, horror – everything you want – told by a cross-section of the most diverse writers and artists in print!
Cover Artist: Ashley Wood
Interior Artist: Tom Williams (for “Time Sink”)
Published by Image Comics 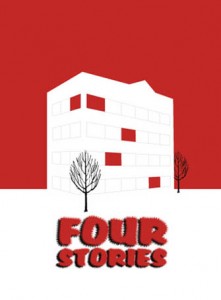