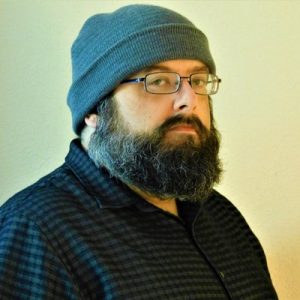 Chris Arrant is a writer and editor with over two decades of professional experience in print and online. He currently serves as the editor of Newsarama (a part of Future plc), the longest-running news outlet about the medium of comic books. He has written for the website since 2003.

As a comics writer, he has written Female Force: Princess Diana (Bluewater), Four Stories (self-published), and has had stories in anthologies such as the Eisner-winning Tori Amos’ Comic Book Tattoo (Image Comics), 24Seven Vol. 2 (Image Comics), Negative Burn (Desperado), and No Formula: Stories from the Chemistry Set (Desperado).

He is one of the judges in the 2019 Will Eisner Comic Industry Awards, and previously judged the 2012 Stan Lee Awards.

He has spoken and moderated panels at events such as Comic-Con International: San Diego, C2E2, HeroesCon, MegaCon, CreativeCon, and the Savannah College of Art & Design’s Sequential Art Department Editor’s Day.

Chris is a member of the American Library Association’s Graphic Novel & Comics Round Table, as well as the Comic Book Legal Defense Fund.